Safer Texting While Walking: There’s an app for that! 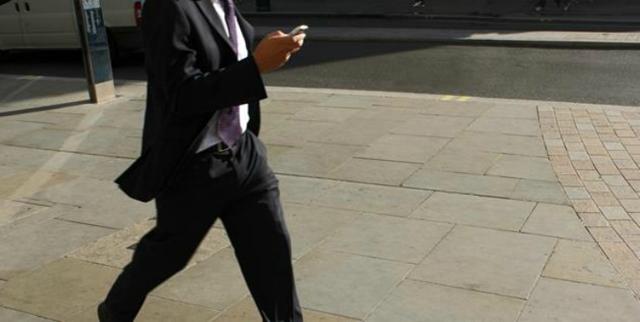 You have probably seen or experienced this multiple times. Texting while walking and, all of a sudden, BAM! You smack into a pole or hit some other object because you were too busy texting. There have also been some fatal cases of pedestrians getting struck by cars for the same reason. We have all heard of the dangers of texting while driving, but there is also a danger in texting in walking. Now, there’s an app to help alleviate some of the damage texting and walking will do to you.

According to the Consumer Product Safety Commission, which receives data from 100 emergency rooms and makes a national estimate, about 1,152 people were treated in hospital emergency rooms in the U.S. last year for injuries suffered while walking and using a cellphone or some other electronic device. This could be an underestimate as some may not mention they were using a phone at the time of injury or nurses fail to report that fact.

So Hincapié-Ramos, a postdoctoral researcher at the University of Manitoba’s human-computer interaction lab in Winnipeg, Canada, is working on a system called Crash Alert that can help with texting and walking. He built this system with a depth-sensing camera that can spot obstacles and gives you a warning on your smartphone before you hit into them. This will allow you to easily navigate public places without taking your eyes off your screen. Although this is a prototype and has not been integrated into smartphones as of yet, tests of the prototype will be presented in May at the Computer Human Interaction conference in Paris.

You might think this is outlandish and an easy solution would be for you to put the phone away altogether if it is causing such problems. Hincapié-Ramos says this is unrealistic when he claims,” “People aren’t going to just stop texting and walking, and in order to incorporate [cell phones] into our everyday new habits, they have to help with the things they take away from us, like peripheral vision”. Just like people still text and drive, there will be a market for a system such as this. It is all a sad reality that we have become too addicted to our phones to put them down to complete tasks such as walking around safely.