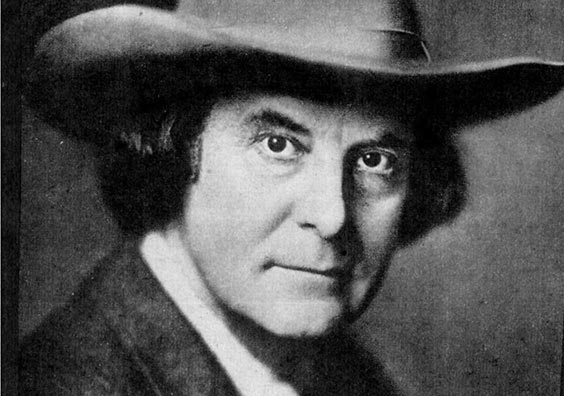 It was in a swanky bar in the middle of urban St. Louis, right beside the Humana building, after a long night of learning, networking, and business excellence that I was enjoying a nice IPA with a dynamic group of entrepreneurs from across the globe that Ross Baird from Village Capital brought Garcia to my attention. The group I was with were the most recent cohort from Village Capital’s most recent competition for entrepreneurs. The final pitches were done and the winners were to be announced the following day. It is an understatement to say that this group was impressive.

But back to Garcia. Ross and I were discussing the day to day struggles that all business owners, large or small, endure. Our experience was the same, not only with our businesses, but with our conversations with almost every entrepreneur over many years of business. That is when Garcia was brought up. Ross brought to my attention an essay written in 1899 that rings just as true today as it did then, and it is worth sharing.

A Message to Garcia

In all this Cuban business there is one man stands out on the horizon of my memory like Mars at perihelion. When war broke out between Spain & the United States, it was very necessary to communicate quickly with the leader of the Insurgents. Garcia was somewhere in the mountain vastness of Cuba- no one knew where. No mail nor telegraph message could reach him. The President must secure his cooperation, and quickly.

Some one said to the President, “There’s a fellow by the name of Rowan will find Garcia for you, if anybody can.”

Rowan was sent for and given a letter to be delivered to Garcia. How “the fellow by the name of Rowan” took the letter, sealed it up in an oil-skin pouch, strapped it over his heart, in four days landed by night off the coast of Cuba from an open boat, disappeared into the jungle, & in three weeks came out on the other side of the Island, having traversed a hostile country on foot, and delivered his letter to Garcia, are things I have no special desire now to tell in detail.

The point I wish to make is this: McKinley gave Rowan a letter to be delivered to Garcia; Rowan took the letter and did not ask, “Where is he at?” By the Eternal! there is a man whose form should be cast in deathless bronze and the statue placed in every college of the land. It is not book-learning young men need, nor instruction about this and that, but a stiffening of the vertebrae which will cause them to be loyal to a trust, to act promptly, concentrate their energies: do the thing- “Carry a message to Garcia!”

General Garcia is dead now, but there are other Garcias.

No man, who has endeavored to carry out an enterprise where many hands were needed, but has been well nigh appalled at times by the imbecility of the average man- the inability or unwillingness to concentrate on a thing and do it. Slip-shod assistance, foolish inattention, dowdy indifference, & half-hearted work seem the rule; and no man succeeds, unless by hook or crook, or threat, he forces or bribes other men to assist him; or mayhap, God in His goodness performs a miracle, & sends him an Angel of Light for an assistant. You, reader, put this matter to a test: You are sitting now in your office- six clerks are within call.

Summon any one and make this request: “Please look in the encyclopedia and make a brief memorandum for me concerning the life of Correggio”.

Will the clerk quietly say, “Yes, sir,” and go do the task?

On your life, he will not. He will look at you out of a fishy eye and ask one or more of the following questions:

Where is the encyclopedia?

Was I hired for that?

What’s the matter with Charlie doing it?

Is there any hurry?

Shan’t I bring you the book and let you look it up yourself?

What do you want to know for?

And I will lay you ten to one that after you have answered the questions, and explained how to find the information, and why you want it, the clerk will go off and get one of the other clerks to help him try to find Garcia- and then come back and tell you there is no such man. Of course I may lose my bet, but according to the Law of Average, I will not.

Now if you are wise you will not bother to explain to your “assistant” that Correggio is indexed under the C’s, not in the K’s, but you will smile sweetly and say, “Never mind,” and go look it up yourself.

And this incapacity for independent action, this moral stupidity, this infirmity of the will, this unwillingness to cheerfully catch hold and lift, are the things that put pure Socialism so far into the future. If men will not act for themselves, what will they do when the benefit of their effort is for all? A first-mate with knotted club seems necessary; and the dread of getting “the bounce” Saturday night, holds many a worker to his place.

Advertise for a stenographer, and nine out of ten who apply, can neither spell nor punctuate- and do not think it necessary to.

Can such a one write a letter to Garcia?

“You see that bookkeeper,” said the foreman to me in a large factory.

“Well he’s a fine accountant, but if I’d send him up town on an errand, he might accomplish the errand all right, and on the other hand, might stop at four saloons on the way, and when he got to Main Street, would forget what he had been sent for.”

Can such a man be entrusted to carry a message to Garcia?

We have recently been hearing much maudlin sympathy expressed for the “downtrodden denizen of the sweat-shop” and the “homeless wanderer searching for honest employment,” & with it all often go many hard words for the men in power.

Nothing is said about the employer who grows old before his time in a vain attempt to get frowsy ne’er-do-wells to do intelligent work; and his long patient striving with “help” that does nothing but loaf when his back is turned. In every store and factory there is a constant weeding-out process going on. The employer is constantly sending away “help” that have shown their incapacity to further the interests of the business, and others are being taken on. No matter how good times are, this sorting continues, only if times are hard and work is scarce, the sorting is done finer- but out and forever out, the incompetent and unworthy go.

It is the survival of the fittest. Self-interest prompts every employer to keep the best- those who can carry a message to Garcia.

I know one man of really brilliant parts who has not the ability to manage a business of his own, and yet who is absolutely worthless to any one else, because he carries with him constantly the insane suspicion that his employer is oppressing, or intending to oppress him. He cannot give orders; and he will not receive them. Should a message be given him to take to Garcia, his answer would probably be, “Take it yourself.”

Tonight this man walks the streets looking for work, the wind whistling through his threadbare coat. No one who knows him dare employ him, for he is a regular fire-brand of discontent. He is impervious to reason, and the only thing that can impress him is the toe of a thick-soled No. 9 boot.

Of course I know that one so morally deformed is no less to be pitied than a physical cripple; but in our pitying, let us drop a tear, too, for the men who are striving to carry on a great enterprise, whose working hours are not limited by the whistle, and whose hair is fast turning white through the struggle to hold in line dowdy indifference, slip-shod imbecility, and the heartless ingratitude, which, but for their enterprise, would be both hungry & homeless.

Have I put the matter too strongly? Possibly I have; but when all the world has gone a-slumming I wish to speak a word of sympathy for the man who succeeds- the man who, against great odds has directed the efforts of others, and having succeeded, finds there’s nothing in it: nothing but bare board and clothes.

I have carried a dinner pail & worked for day’s wages, and I have also been an employer of labor, and I know there is something to be said on both sides. There is no excellence, per se, in poverty; rags are no recommendation; & all employers are not rapacious and high-handed, any more than all poor men are virtuous.

My heart goes out to the man who does his work when the “boss” is away, as well as when he is at home. And the man who, when given a letter for Garcia, quietly take the missive, without asking any idiotic questions, and with no lurking intention of chucking it into the nearest sewer, or of doing aught else but deliver it, never gets “laid off,” nor has to go on a strike for higher wages. Civilization is one long anxious search for just such individuals. Anything such a man asks shall be granted; his kind is so rare that no employer can afford to let him go. He is wanted in every city, town and village- in every office, shop, store and factory. The world cries out for such: he is needed, & needed badly- the man who can carry a message to Garcia.

Ross pointed out to me a prominent Atlanta chef who had directed him to this article. The chef said that within his organization there are two kinds of people, those who can find Garcia and those who cannot. The ones that cannot are just placeholders until he can find someone who can to take their spot. After some thought, I think that this is the endeavor of most every company. Can each and every person on your team find Garcia? If not, maybe you should be looking for someone who can.

The original essay can be found at: Taken from: http://www.birdsnest.com/garcia.htm